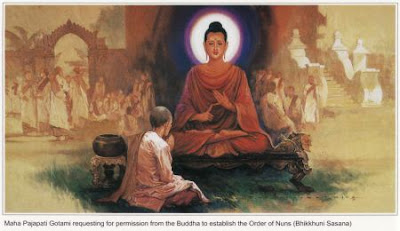 Gautam Buddha was sitting under a banyan tree. One day a furious Brahmin came to him and started abusing him.

The Brahmin thought that Gautam Buddha would reciprocate in the same manner, but to his utter surprise, there was not the slightest change in the expression on his face.

Now, the Brahmin became more furious. He hurled more and more abuses at Buddha. However, Gautum. Buddha was completely unmoved. Actually, there was a look of compassion on his face. Ultimately the Brahmin was tired of abusing him. He asked, ” I have been abusing you like anything, but why are you not angry at all? ”

Gautum.Buddha calmly replied, ” My dear brother, I have not accepted a single abuse from you. ”

” But you heard all of them, didn’t you? ” The Brahmin argued half-heartedly. Buddha said, ” I do not need the abuses, so why should I even hear them? ”

Now the Brahmin was even more puzzled. He could not understand the calm reply from Gautum Buddha. Looking at his disturbed face, Buddha further explained, ” All those abuses remain with you. ”

” It cannot be possible. I have hurled all of them at you, ” the Brahmin persisted.

Buddha calmly repeated his reply, ” But I have not accepted even a single abuse from you! Dear brother, suppose you give some coins to somebody, and if he does not accept them, with whom will those coins remain? ”

The Brahmin replied, ” If I have given the coins and not needed by someone, then naturally they would remain with me. ”

With a meaningful smile on his face, Buddha said, ” Now you are right. The same has happened with your abuses. You came here and hurled abuses at me, but I have not accepted a single abuse from you. Hence, all those abuses remain with you only. So there is no reason to be angry with you. ”

The Brahmin remained speechless. He was ashamed of his behavior and begged for Buddha’s forgiveness.

Moral -: Inner calmness and peace are keys to a contented life. My Advice is Live life as per your goals and ambition in life. You know who you are and what you want in life don’t respond to what a person said about you in anger. Control your anger with patience and calmness. That is the biggest Strength of Wise men.